Climbing in a new place, especially a new country, is always an adventure and planning it should be part of the fun. Over the years, I’ve climbed in a number of different countries including the US, England, Scotland, Wales, Spain, and France. Whether your sights are set on multi-pitch climbing in the Dolomites or deep water soloing in Kalymnos, these tips will help you make the most of your trip.

Decide the When and Where

The first thing you’re going to want to do is decide what climbing you actually want to do and the time of year you can go. If you want to climb long sport pitches while wearing a t-shirt in December, Scotland is likely not for you. Figure out what’s most important to you (are you desperate to get to Spain? Are you only able to travel in June?), then find somewhere that aligns with what you want.

Same as any international trip, you’re going to want to research the country. Do you need a visa? Is there a language barrier? What currency do they use? What’s the culture like? Where should you stay? Whether or not you’re climbing, these questions stay the same.

While you can find a lot of information on sites like Mountainproject and UKClimbing, you’ll get more reliable information with a guidebook. Additionally, most guidebooks will give a good explanation of the area’s grading system and how it compares to other places (often something similar to this chart). A guidebook can also help you assess with your climbing partner or group what level you want to climb and what’s realistic. Plus, guidebooks often give good suggestions for accommodations, pubs, and local supermarkets.

Once you’ve decided on an area, UKClimbing can offer recommendations for a good guidebook to get. Make sure to get the latest version so you can get the most information on any new routes.

To make sure you get the most out of your time, it helps to already have an idea of some routes you want to do before you get there. Pull out some sticky notes and that guidebook and start bookmarking routes that get you excited. Again, be realistic about this list — if you’re there for a week, you may not have the time to get to 15 different multi-pitch climbs. You’ll also want to keep this plan flexible. It might rain one (or five) days or you might find a route you want to project and skip the others on your list.

Gear to Pack vs. Gear to Buy

It’s nice to have your own gear because you know where it’s been and you’re comfortable with it. However, lugging around that much gear can get exhausting especially if you’re doing any non-climbing travel. Some gear you may decide you want to buy when you get there to avoid bringing on the plane or carrying around for the rest of your trip.

Regardless of how well you plan, something will likely not go the way you want it to. That’s part of the excitement of travelling! Enjoy the unexpected moments (or laugh about them later). 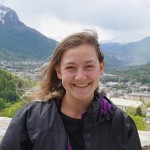 I’ll admit, when I first started seeing people with belay glasses, they were generally old white guys in gyms. I thought the glasses were a gimmick or just not worth the money unless you were rich, lazy, and elitist. Then, on a climbing trip to Spain, my partner was having some neck issues and couldn’t look up, so we rented a pair for the first few days. They were life saving (literally). My partner didn’t have to constantly be in pain to belay me and belaying was generally way more comfortable. It took a couple rounds of wearing the glasses to get used to them, but once I did, I couldn’t imagine belaying without them. If they hadn’t cost a small fortune at the time, I would have bought them on the spot.

Belay glasses use prismatic lenses which take in the view from above and reflect it back to your eyes straight on. Basically, it’s like a pair of mirrors angled perfectly for you to see what’s above you without having to look up and since it’s reflected twice you don’t see everything backwards. The glasses then go on like any other pair of glasses or they can sit in front of sunglasses or prescription glasses.

With belay glasses, I can keep my head in a relaxed position as though looking straight ahead and still be able to watch my climber above me. No more “belayer’s neck.” With a good pair, I’ve found that I actually see my climber better through the prisms than when I’m just squinting up at them. Because of this, I have a better idea of when they’re climbing, clipping, or taking a break and I can accurately adjust how much rope I give or take. Without the glasses, I tend to alternate between looking up and stretching my neck. With them, I don’t have to compromise between my own comfort and watching my climber in case they fall. Bonus: if my partner is projecting a route, I’m happy for them to take their time since I don’t have to hold an uncomfortable position.

Belay glasses aren’t an essential piece of gear like a belay device or a harness is, but they make a huge difference for single pitch sport or any type of indoor rope climbing. Even for multi-pitch climbing, I can stash the glasses in their case and clip that to my harness when I’m climbing or rappelling.

So yes, belay glasses do look a little silly and a good pair will likely burn a small hole in your wallet. But they do make belaying easier on the neck and for those of us who spend most of our time looking at computers, that makes all the difference.

Ever since 2016, when the International Olympic Committee (IOC) decided to include climbing in the 2020 Olympics the format has been a hotly debated subject. The IOC is combining the three main forms of competitive climbing—speed, boulder, and sport—into one event and only offering one set of medals.

I’ve covered the format before, interviewing chief executive officer of USA Climbing, Marc Norman for the specifics. Now that we’ve gotten the first round of Olympic qualifiers and the second round is rapidly approaching, I’ve put together a quick recap of that format, a list of the current qualified Olympians, and what we can expect to see in the next few months.

The 2020 Olympic format requires every climber to compete in all three disciplines—this means climbers who specialize in just one are at a disadvantage (ex: Adam Ondra). Twenty men and twenty women will be in the event and each country gets a max of two spots per gender. All the athletes will go through one qualifying round, then the top six for each gender will move onto the finals. According to the International Federation of Sport Climbing’s (IFSC) website, the order will be speed first, then bouldering, and lead last for both rounds.

Speed climbing is the most controversial of the three disciplines. The competitors basically do a 15-meter vertical sprint going head-to-head on a standardized wall. The winner of the pairing moves to the next round and the loser gets knocked out. In an article for Outside Online, professional climber Sasha DiGiulian wrote, “speed climbing has very little to do with more conventional rock climbing, beyond the fact that it involves a person vertically scaling a wall.” At the same time, speed climbing is fast paced and easier to follow for non-climbers.

For the bouldering, both genders get three unique and challenging boulder problems (all four meters high) to attempt. Each climber has four minutes for each problem and will be scored on how high they get or how many tries it takes to complete.

The lead climbing will happen on one route per gender over 15-meters high. Each climber will have six minutes to get as high as they can without falling.

The Climbers Going to the Olympics So Far

The first Olympic qualifying event (the Combined World Championship) happened this August in Hachioji, Japan where the seven highest-placed athletes of each gender earned invitations to the Olympics. After taking into account the two athletes per country per gender restriction (Japan had four athletes in each gender in the top seven), this is the list of athletes who have secured their place for the 2020 Olympics.

The next qualifying event is the IFSC Climbing Combined Qualifier in Tournefeuille-Toulouse, France from 28 November to 1 December 2019. For this event, the top twenty athletes from the world cup series will be invited to compete and the six highest-placing climbers will go to the Olympics.

Five more spots will then go to the first-place winners from five continental championships held between February and May 2020.

Finally, one spot per gender will be awarded through the tripartite commission—a group of committees decide on a nation to give an invitation to based on special circumstances. The last spot for both male and female go to the host nation (Japan). However, since Japan already has two qualifiers for both genders, that spot might go to the next qualifying competitor from the Combined World Championship. [I’m honestly not sure about this one]

In June 2019, the IOC unanimously voted to include climbing in the Paris 2024 summer Olympics. The provisional decision includes an additional set of medals per gender so speed climbing will be a separate event, while lead and bouldering will stay combined. The number of athletes will also increase from 40 to 72 total climbers. This arrangement is still unconfirmed and the final decision will be made in December 2020, after Tokyo 2020.